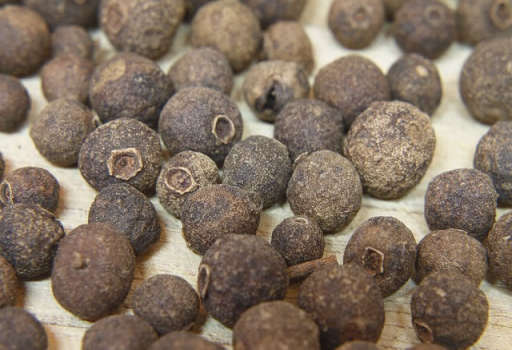 Allspice is a herb that comes from the dried fruit of the pimento tree. Also known as Jamaican pepper, the Pimenta dioica is native to Central and South America, Mexico and the Caribbean. Allspice resembles peppercorns because they are small, brown berries.

The name allspice is attributed to its versatile combination of scents like nutmeg, clove, and ginger. Allspice fruits can be used after they’ve been left out in the sun to dry. Typically, allspice berries get ground up and then used as a seasoning in cooking. Or, allspice essential oil can be extracted for additional health benefits.1,2

As a natural remedy, allspice has many health benefits. One of the most well-known and commonly used allspice health benefits a digestive aid. Allspice contains a group of chemical compounds called eugenol, which helps ease several digestive issues. Allspice uses include treating nausea, and diarrhea.1,2

Another important allspice health benefit is its ability to reduce and manage inflammation. That’s why many people take allspice for arthritic conditions and gout. It can also alleviate hemorrhoids or other skin inflammations.1

Allspice is also believed to have natural antimicrobial and antibacterial benefits, which help in preserving food. You can use allspice as a natural way to increase food safety and prevent harmful pathogens.1

Other allspice health benefits include: